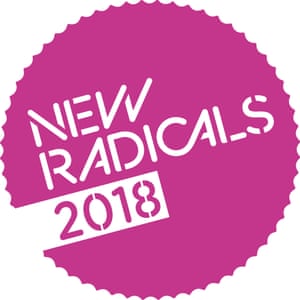 The world is full of radicals. Some of them dominate our news headlines for all the wrong reasons, whether we like it or not. But what makes a good radical? I meet so many people across the UK I would describe as radical. Some because they have incredible energy and – despite the barriers – are bringing their fantastic ideas to life. Others, like previous award winner Sue Malson from Trac2, a community outreach charity in Pontypool, because they have little option but to fight for change for themselves and their community. Their motivations may be different, but they all have one thing in common. You rarely hear about them in the media.

So you can imagine how happy I am to introduce 50 New Radicals bringing us positive social change at a time of continued political upheaval at home and abroad. To shine a spotlight on those delivering programmes, services and campaigns that put people and the planet first. Each deserves their own headline. As a reader, I hope you’ll go and find out more about the winners, how you can support them, even if it’s simply to share their good news and recognise their hard work.

In 2016 I was awarded the honour of being a New Radical, alongside the incredible people at Llamau and the End Youth Homelessness Cymru coalition. It was for the campaign we ran in ensuring homeless 16- and 17-year-olds weren’t placed in inappropriate B&B accommodation. Was it radical? Maybe; maybe it was just necessary. So much of that campaign has gone on to help shape the way I work now, the way I collaborate, take on the complex issues and focus my efforts on building movements that create opportunities for all to get involved.

But how do you pick 50, from all the entrants across the UK? As judges we debated extensively about the weight to give one nominee over another. How do you pick a campaign versus a social enterprise or a great idea versus already proven social impact? The answer, it seems, is to focus on those that bring hope for a better future. 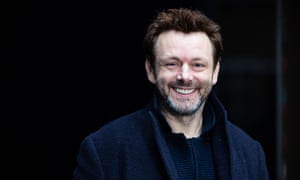 Judging is made all the more fun, challenging and rewarding when done with others who are all radicals themselves. Ruth Ibegbuna is the founder and former CEO of Reclaim, an organisation based in Manchester supporting young, working-class people to be seen, be heard and lead change in their communities. Reclaim recently worked with a group of 25 young girls in my home town of Port Talbot. Josh Babarinde created jobs for ex-offenders and other young people at risk by founding Cracked It, a social enterprise that repairs smartphones.

It was important to find winners across the UK and to recognise that what might be radical in one community, may be less so in another. As judges it was important to debate the context of the idea, the innovation, the people behind it. I’m proud to see some great people from Wales in the list of 50 radicals, though there weren’t nearly as many as I would like to see. In this year’s list we include Creating Enterprise CIC, showing how an employment and property services organisation can put social impact first and still deliver an award-winning service in North Wales. Closer to my home is the Common Wealth Theatre and their community-based performance of We’re Still Here, a production that explored the experiences of the Port Talbot steelworkers.

Previous winners have presented strong themes of digital innovation, but if there is one thing that sums up this year for me it’s the sense of community. Whether it be the way the Impact Hub in Birmingham has challenged the way things are done, bringing hope to a community that was worn out by years of doing things the way they’ve always been done, or in Grenfell United, where the residents, the families and wider community have worked tirelessly to keep the focus on the fight for justice and now developing into a movement that will no doubt deliver change in housing policy, regulation and practice. Where institutions have failed, others are stepping in and building new movements, new ideas, new communities.

From an old radical, congratulations to the new radicals. I hope we get to see more headlines about your incredible efforts to make the world a better place.

The Guardian Social Enterprise Feed
« Previous Post SEP IRA Or 401(k) Profit Sharing Plan Which Should You Choose? Next Post » Raise Your Gaze: “Islamic feminism is overlooked in the mainstream’