Christina Fialho (center) with actors of “Orange Is The New Black,” the Netflix hit that featured … [+] Freedom for Immigrants’ crisis hotline. The hotline was later suspended by ICE, but restored after a court injunction.

The United States operates the largest immigration detention system in the world. More than 50,000 immigrants are detained every day in county jails and for-profit prisons that contract with Immigration & Customs Enforcement (ICE) — at great human cost, and at a cost to taxpayers of $3 billion per year. The current administration has drastically expanded the system, establishing over 20 new detention centers (17,000 more people per day). Christina Fialho, an Ashoka Fellow since 2016 and co-founder of Freedom for Immigrants, is working not only to stop this expansion, but to end immigration detention altogether. Ashoka’s Lorena García Durán caught up with her to learn more.

You co-founded Freedom for Immigrants eight years ago with Christina Mansfield.  What was the main goal you set out to achieve?

We want to build a country where no person is imprisoned for crossing a border. Freedom for Immigrants is working to achieve this goal through two main strategies. First, we’ve built a network of 4,500 volunteers that is a consistent watchdog inside this system. We started by building the first visitation program in California. Now volunteers in our network visit people in 69 immigrant prisons in nearly 30 states every week. Second, we launched a community-based alternative to free over 250 people by paying their immigration bonds. Once they are released, we connect them to housing, lawyers, transportation, and mental health services — and we do it all for only $17 per person per day, far less than the government pays to detain people (roughly $165 per person per day).

We are proving that our strategy works. Freedom for Immigrants drafted and co-sponsored the Dignity Not Detention Act — composed of the first statewide bills in the country to stop detention expansion and give the state attorney general oversight powers. These bills passed in California — a state that used to detain a quarter of all people in immigration detention. Since Dignity Not Detention went into effect, seven municipalities ended their ICE contracts.  We then worked in a statewide coalition of immigrant rights groups to pass another bill to phase out private prisons in California. Together, we are proving that abolition is possible in the 5th largest economy in the world.

You talk a lot about the importance of creativity and risk taking in the face of obstacles.  What are some obstacles you’ve overcome along the way?

Since 2013, we’ve faced “a litany of retaliatory acts by DHS in response to our public advocacy,” as Judge Andre Birotte Jr. explained in his recent court ruling granting us a preliminary injunction against ICE. We’ve had over a dozen of our affiliated visitation programs suspended when we’ve published articles or spoken out in favor of a new system. When we worked with Orange Is The New Black to dramatize the reality of detention, our national hotline was terminated. Private prison companies have muzzled us for reporting sexual assault in detention, and I was personally barred from visiting at certain detention facilities. However, we have successfully moved the work forward through creative persistence, community mobilization, and legal action when necessary.

Speaking of obstacles, ICE just ended all social visitation in response to COVID-19. How is Freedom for Immigrants responding?

If ICE is truly serious about ensuring the health and wellbeing of people in its custody, the agency would release immigrants, beginning with vulnerable populations. Other countries like Spain and Iran are releasing people in response to Covid-19. In fact, Spain’s Interior Ministry has begun a gradual release of people from immigration detention whose deportation cannot be effected before March 29. Freedom for Immigrants has launched an interactive map that tracks ICE response to Covid-19, and we have trained our national hotline volunteers to respond to medical negligence.

Your organization spearheaded the first statewide moratorium on immigration detention expansion. How are you leveraging this success in Congress?

Immediately after passing Dignity Not Detention in 2017, we worked with legislators in the House to introduce an amendment in the federal budget to stop detention expansion nationally. 180 members voted in favor of the amendment, and when we ran a similar amendment in early 2019, it passed the House. We’ve since introduced the DONE Act to put a federal moratorium on detention expansion, halve the number of immigrants in detention, and use the dollars currently slated for detention to fund alternatives. We believe that in the right climate, this bill is passable in the next two to five years. In the meantime, we are supporting efforts in states like Washington and Maryland to pass statewide moratorium bills.

You and Christina Mansfield recently received the John F. Kennedy New Frontier Award from a bipartisan committee.  Why should both parties work toward ending immigration detention?

Lorena García Durán is a director of partnerships at Ashoka and a Board member of Freedom for Immigrants.

Ashoka, Contributor
« Previous Post Building Stronger Urban Communities Through Economic Transformation Next Post » How can you increase productivity while your teamworks from home 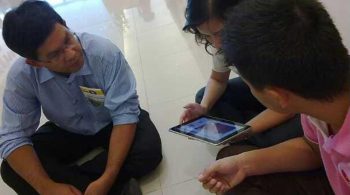 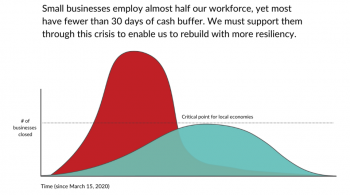 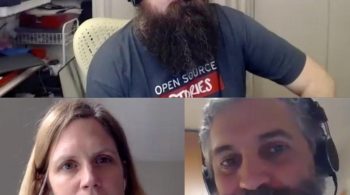 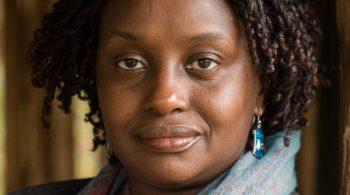