It’s a rainy afternoon in Kampot, a coastal town in southern Cambodia, when Sokny Onn walks into Epic Arts Café. The café is a social enterprise run by Epic Arts, an organization that supports people with disabilities, and it is lit up by Onn’s positive energy. She walks slowly, a crutch supporting her right leg, and with her radiant smile, she greets all of her coworkers one by one — coworkers, because although Onn, once Epic Arts’ accounting assistant, is now its country director she doesn’t like to be treated in any special way.

The ease with which she walks on a single crutch is remarkable, considering she can’t put any weight on her right leg. “My father made my first wooden crutch when I was 7,” she says, “so I’ve always walked with just one. My doctor says I should use two, because this isn’t good for my back. But I like the freedom it gives me to use my other hand.”

It shows the spirit of a woman who went from being told to stay in her room so people wouldn’t see her to becoming the country director of the organization that helped her flourish. Asked how she overcame the traumas of her youth, she ponders for a moment and smiles. “Arts,” she says, without a hint of doubt. As she tells her story, the smile rarely disappears.

“I grew up in a very rural village, two hours from Kampong Cham city. I don’t remember much from before I was 7, but my mom later told me that I got polio when I was 2,” she says. “When I was 7, I first realized that I looked different than the other kids. We were often playing chase, so we had to run a lot. And, you know … I always lost. Then at some point, I became aware that not many kids wanted to be on my team. So I asked why, and they said, ‘Because you can’t run fast.’ I think that’s when I started to know.”

Conscious Company Media is part of the community of Certified B Corporations. Learn more about this growing movement of people using business as a force for good, and sign up to receive the B The Change Weekly newsletter for more stories like this one, delivered straight to your inbox once a week.

You didn’t have a crutch until you were 7. When you played chase with the other kids, how did you do that?

Onn: I guess I just crawled. But I never realized it was different from the other kids who were running until I started to think about why I always lost. Because I’m quite competitive, so I didn’t like that I was losing all the time. But I didn’t think about it in terms of a disability yet. I just realized: my right leg is small and I cannot really stand up, and the way I walk is different. That’s all. It didn’t really affect me until I was 12 or 13.

What happened around that time?

Onn: When we had guests at our house, my parents told me to just stay in my room. So that made me think I had to make sure I was not so visible to people. I was always hiding. I got very self-conscious, and I got very upset about how I looked. I didn’t want to go out anymore.

Also, some children didn’t want to play with me, because they believed I was a bad person. Some parents were afraid I would give them my disability. They didn’t know what polio was. You can imagine, in the 1980s, people here didn’t know much about having a disability. The education was very limited.

Did you believe those things as well, at that time?

Onn: Yes, I did. My mom always said, “You should pity her, because she did something wrong in her previous life, that’s why she got this disability.” It’s not my mom’s fault, it’s just because a lot of people around her talked like that. So I listened to that, because you learn from your parents and the people around you. I believed what they said, but it made me feel bad, because my disability got in front of all my opportunities, chances to make new friends, to study. It was kind of a gray cloud around me, I couldn’t see clearly.

How did you find out that those things weren’t true?

Onn: It took a long time and many steps. People used to think that I would just be a burden for my family. That I wouldn’t be able to get married and have my own family, that I wouldn’t be able to do anything. They said, “Don’t go to school, just stay home, because you won’t be able to go anywhere.” But when I was in grade 7, my parents got divorced and my dad went to live in Phnom Penh. He worked as a teacher himself, and he said, “Only education can help you out.” So, I stayed in Phnom Penh with him, and I finished high school.

I was able to join a vocational training, and when I graduated, I got an offer to work with that organization. Later on, I got the opportunity to open a silk handicrafts shop, together with some other people. With each step I got a bit more confidence, and I started to think: I want to be better, I don’t just want to stay the same.

But the real shift happened when I joined a workshop by Epic Arts. The workshop was about movement, doing what you want to do and not trapping yourself. That really woke me up. From then on, I started to think differently about what my dream is, and how I could get there.

Was that how you came to work with Epic Arts?

Onn: That happened two years later. I met the founder, and she offered me a job as an accounting assistant, because I was studying accounting at the time. At Epic Arts, I had a supportive boss for the first time, who saw my potential and my talents. It gave me a door to look at myself and what I really wanted to do. One time my boss said, “You will be a leader at Epic Arts one day.” That made me think, like, wow, I never thought about that before.

What are your objectives now that you’re leading the organization?

Onn: I’ve been having a really good experience with Epic Arts, with a very good support network, an environment of freedom. I want to pass that on to other people, because I know how good it feels and how much of a difference it makes. Of course, I’m doing that with Epic Arts, but I also feel this obligation for the future, to women with a disability and people with a disability in general. Because growing up, I had no mentors, I had no models I could look at. That’s why I want to be there for people, to talk to them, to be around if they need me. And I’m also working on the next step, to create a system to advocate better for a more inclusive society.

A longer version of this article was originally published by Conscious Company Media. B the Change gathers and shares the voices from within the movement of people using business as a force for good and the community of Certified B Corporations. The opinions expressed do not necessarily reflect those of the nonprofit B Lab.

How a Social Enterprise Can Nurture Leadership Skills was originally published in B The Change on Medium, where people are continuing the conversation by highlighting and responding to this story.

B the Change Blog inclusion social-enterprise 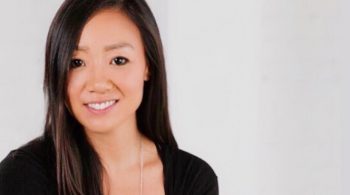