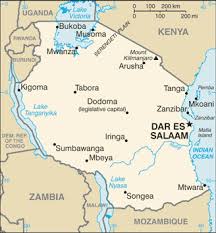 In the recent news, we have heard of a polling research company mentioned and when I tried to look into their work I found that in June they had released new figures in what they called the Social, Political and Economic Barometer (SPEC). In this survey, the results showed that some 8.4 million people in Tanzania skip meals daily to cope with the biting economic hardships in the country. I find this unacceptable, IMHO

In the midst of all the noise of the upcoming elections, I think that we, as a society have failed to notice the increasing number of people’s living standards slip. Maybe it is because we spend too much time in a vitual world on Facebook and Twitter and blogs like this? Maybe it is because we live in a ‘mirage’ called Dar-es-Salaam where we take for granted things that we assume to be ubiquitous like water, electricity, wireless internet, café latte, air condition etc. But we are really a tiny fraction of a poor nation called Tanzania
The Social, Political and Economic Barometer (SPEC) found  that “17.2 million people have also drastically reduced expenditure on essential households items in response to spiraling prices of basic commodities” that is when I remember someone telling me some time back “how can someone survive with less than 4 million a month?” For us, the tiny group of people who happened to be privileged for one reason or another to live this kind of life, it is time to wake up and smell the café latte! If we continue to spend and live in this make-believe world while millions, (yes millions!) literarily starve around us, then we should know that we are no better than the French aristocrats during French revolution.
I am not saying that we should stop living, or that we should give away all our riches to the poor, but what I think we all have to do is to live with conscious. It is a fact that every day millions go to sleep hungry in our country, and we have to say that this cannot continue, it is unacceptable. But the task is so daunting, that it may discourage many of us. So let us now put forward ideas what can be done or let those who are out there doing something tell us what they do and how we can be of help. Because if today you could afford to eat 2 or 3 meals a day in Tanzania, then you belong to the few privileged, IMHO

An activist and advocate for change in Tanzania. Promotes positive change and education particularly for women. Known for launching the #changeTanzania hashtag on Twitter.

Social media and entrepreneurship in Tanzania

Social media and entrepreneurship in Tanzania

The United Republic of Unknown People

The United Republic of Unknown People