The businesses with the biggest footprints are some of the most important allies in fighting climate change. Nicole Rycroft, Ashoka Fellow and founder of Canopy, has been transforming supply chains to save our forests for over two decades. She talked to Pip Wheaton, Ashoka’s co-lead of Planet & Climate (full bios below).

You work with a lot of big brands who traditionally have had unsustainable practices. Is that controversial?

I think a lot of people within the environmental movement look at the business community and go, “Oh, they’re the problem.” We’re certainly aware that many of the companies we work with have problematic practices. We work with multi-billion-dollar companies. When you’re that big, you cast a big shadow and you have to be very diligent to ensure that your long supply chains aren’t hiding bad practices.

From the very start we go in with the mentality of: Okay, these guys are a really big company, and we know that they’ve got a myriad of challenges, and we’re not going to shy away from those. But if they understand the issues and how their business is contributing to those. If they understand there are solutions that they can help create and are willing to work with us to make them a reality, then exciting change can happen. Most executives care about our planet just as much as we do. We don’t have a monopoly on caring about having clean air and clean water and a stable climate just because we’ve got ‘professional tree hugger’ written on our business cards. Champions come in all sorts of different shapes and sizes. And some of the most powerful advocates for the environment work within companies that have political influence and significant supply chain influence.

What are some of the consumer products that drive deforestation?

There are 150 million trees that disappear into rayon and viscose fabrics every year. Much of that comes from high carbon, high biodiversity value forests – some of the most Ancient and Endangered ecosystems on the planet. That is slated to double within the next eight to ten years. In Canopy’s work with the clothing sector, CanopyStyle, we now have 320 brands formally on board. They represent about $580 billion in annual revenue. It’s brands like Amazon, Target, H&M, Zara, Levi’s, and then luxury designers like Gucci and Stella McCartney, and everything in between. Parallel with that work is our focus on packaging. Packaging accounts for 3 billion trees a year, and is also dramatically increasing its footprint. More than 50% of the paper produced around the world goes into packaging. For a lot of companies, as they’re trying to take meaningful steps on plastics they’re starting to use more wood-based packaging. So they’re jumping from the frying pan into the fire. In October we launched work to transform the packaging supply chain and we’re now working with 104 brands worth about $71 billion in revenues to bring truly sustainable packaging solutions to market at scale. Most of these brands have existing initiatives on plastic so this is helping make their approach to sustainable packaging much more holistic.

We have a lot to do and the clock is ticking. Forests are 30% of the climate solution: protecting old growth forests that are already standing and restoring those that have been degraded in priority areas is mission critical. It’s very clear that this is a turnaround decade for our planet. By 2030 we need to be protecting forests at scale as it is one of the instruments for stabilizing our climate, keeping species vibrant, and protecting humanity against further diseases.

How does Canopy work with these brands?

We work with brands collaboratively to change an unsustainable supply chain. Supply chains aren’t necessarily sexy, but good gracious, that’s where the impacts of our society are concentrated. Together with brands we create the incentives needed to shift forestry companies that are logging in endangered species habitats, or traditional lands, or high carbon value peat lands. Our model of change is to mobilize enough of the corporate customers of a major forest product sector to leverage the supply chain that serves them and stop destroying forests. Customer companies are also powerful in motivating governments to change legislation and to advance large-scale forest conservation and respect indigenous communities’ rights. They’re key to achieving commercial production of Next Generation Solutions that are more circular in nature. What that ultimately means for global citizens is a stable climate, clean air – and when H&M, Zara, Scholastic, The Guardian, produce clothing, books and newspapers that carry fundamentally lighter environmental footprints, 7 billion people that we share this planet with are automatically able to make more sustainable choices.

You carried out a multi-year battle to get publishers to use paper that didn’t contribute to deforestation of ancient or endangered forests. You recruited JK Rowling to your cause, getting Harry Potter to be printed on sustainable paper stock. Can you tell us more about that?

Harry Potter at the time was the biggest print run in publishing history. But it was also a cultural phenomenon. We knew that greening Harry Potter would prove to other publishers that the industry and their supply chain could produce high quality books on environmental papers. It also captured the imagination of a much broader population. And of course, having a champion like JK Rowling really helped to catalyze that change.  Ninety percent of our work is focused on market transformation. And 10 percent has been focused on helping to shift the social license; the paradigm shift of how we value wild landscapes and our natural world as a society.

It has felt really important to us to have business leaders really stepping forward to say: there’s a problem with the way we’re consuming the world’s resources, and we as a business, and I as the CEO of this business am putting myself forth as an environmental champion to turn this around. People have traditionally expected tie-dyed t-shirt-wearing hippies that worked for environmental NGOs to say, “Oh my god, there’s a problem and we’re all going to hell in a hand basket, and we should do something about it.” People don’t expect it from the business community.

We’re getting to the point where a CEO of a global corporation can’t sit at the breakfast table with their family and have their kids think that they’re still the cool parent if their company isn’t doing all it can to make sure that by 2030 they’re on the right side of where we need to be from a climate and species perspective.

Pip Wheaton leads the search for new Ashoka Fellows in Europe, looking for exceptional systems changing social entrepreneurs, and is co-lead of the Next Now/Planet & Climate team. Australian by birth, she has worked in social innovation and social finance in both Africa and Europe. Prior to joining Ashoka, Pip founded the South African youth-leadership organization, enke: Make Your Mark, for which she became an Ashoka Fellow in 2014.

Next Now: Ashoka is mobilizing the strength of its community on climate action. Next Now/Planet & Climate connects unlikely allies around shared visions of the future that bring people and planet to a new equilibrium. This Ashoka series sheds light on the wisdom and ideas of leaders guiding the field. Read Part 1, Part 2 , Part 3, Part 4, Part 5, Part 6, Part 7 and Part 8 of our series. 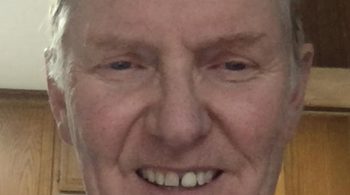 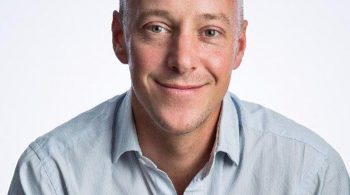 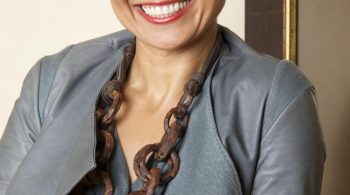 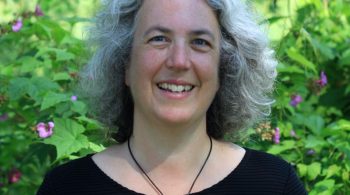