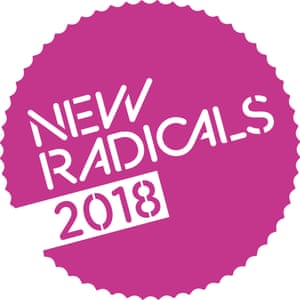 The success of any business innovation lies in providing a service that has hitherto not existed. Alex Redston and Kieran Ball found just such a thing, but for two groups of consumers in whom few entrepreneurs have shown much interest: prisoners and their families. In late 2015, the pair founded Prison Voicemail, which aims to make it easier for people on the inside to maintain contact – and therefore keep good relationships – with those on the outside. The prison phone system has proved frustrating for both parties because there’s a great demand on too few phones inside and it can be quite expensive. It’s one of the reasons illicit mobile phones have proliferated in prisons in recent years.

Redston, with a background in internet cafes and “a lot of startup adventures”, has a distant relative in prison, so he knew the difficulties prisoners faced with communication. He and Ball, who had worked in microfinance and the charity sector, looked into the problem and saw that one major issue was missed calls. If a prisoner couldn’t get through, he or she often wouldn’t know if their loved one or relative realised that they had tried. That could cause a great deal of unneeded stress.

“Why can’t you leave a voicemail?” they asked. So they set about designing a system in which those on the outside could leave messages that the prisoners could access. Having developed a prototype, they approached the most liberal prison governor they could find, at HMP Lincoln, and managed to get the system installed. They also got into a further seven prisons before bureaucracy intervened. There was concern with the issue of monitoring calls, but Prison Voicemail doesn’t affect the arrangements for monitoring some prisoners’ calls. Soon they were back on track.

It’s now used in 109 prisons across the country. They have been impressed by how supportive the prison system and the Ministry of Justice have been. And although it’s still not that well known – only 5% of prisoners are actually using it – there has been a lot of positive feedback from prisoners and their relieved families.

However, there is one group of people that hasn’t always been enthusiastic. “Some entrepreneursare a bit sniffy about it,” says Redston. “Their attitude is, why on earth would you want to do that? I find that very telling about them. People may not empathise with prisoners, but their families – they’re victims of crime as well.”