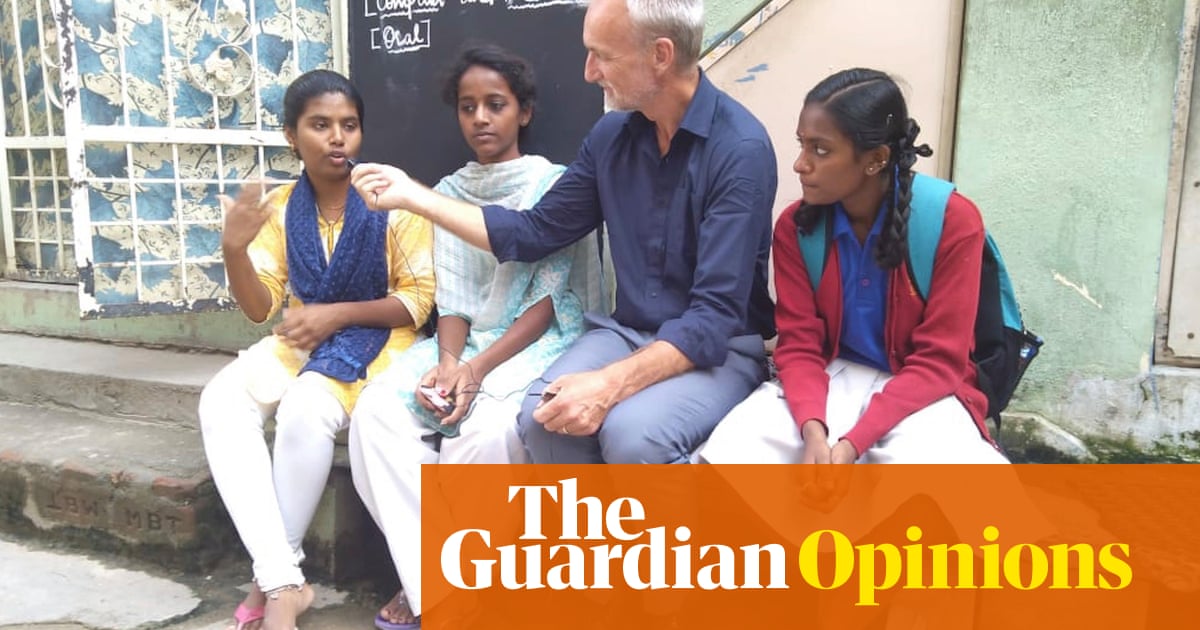 You have to start with what the people want, what their concerns are and to bring everyone together, so they can realise their power to change things,” says social worker Jino Joy. These words were spoken in India, but they could have been said by a social worker anywhere in the world.

World Social Work Day is a time to highlight the role of social workers in empowering people and facilitating social transformation from India to Iceland.

Joy and his colleagues have supported a community in Bengaluru to set up a bank where residents pay a few rupees a week, which can be used to support families, for example, to deal with health problems or to provide funding when a promising business idea is presented. Sister Archana explains: “We had to change the mindset of the community. They had to learn that they are equal to all other people. In practice, that means that we social workers are supporters and facilitators for the community, which must lead itself and learn and grow in confidence.” The social workers were placed in Lakshman Rao Nagar through a programme run by the social work department at Christ University Bangalore. It started as a way of giving students practice opportunities and while it is still mainly staffed by students, with the support of Jino and Sister Archana, it has resulted in the empowerment of a whole community with new lives, futures and aspirations.

We visited Lakshman Rao Nagar, an informal urban settlement with bad sanitation, little or no running water or electricity, and virtually no healthcare. But social work support had helped to transform residents’ lives.

At first glance I noticed many of the hallmarks of urban slums I had visited before – densely populated, the odd communal toilet and a mix of people and livestock mingling in the potholed alleyways. But there was a difference here: the absence of rubbish, children in school uniforms and an atmosphere of relative calm, a sort of residential contentment. We saw schools that had been established with the support of social workers from the community’s Women Empowerment Committee and talked to the children about their aspirations. “I want to be an engineer,” a 10-year-old boy in a blue school jumper told me. “I want to be a doctor,” a young girl said. I had rarely heard such optimistic comments from children in their situation.

As we walked on I met Anusha, a woman in her mid 20s who jumped up from the stool outside her home curious to see a westerner in her community. She told me that since the social work programme began eight years ago everything had changed. Each block had formed a women’s empowerment group and these then elect a committee that is responsible for the whole neighbourhood.

What specifically had changed, I asked her. “Family planning. I have one child and maybe I will have another, I want my children to have the best lives. The social workers came to my house and spoke to my husband and I. We don’t have much money because he drives a rickshaw but they helped us to understand what is best for the children and our future,” she replied.

A few metres further down the narrow street we met two young women returning from university, one studying for a bachelor’s degree in commerce, the other in accounting. One said: “It all changed when I was a girl and the social workers helped to ban child marriage and suddenly I had a future.” The other added: “It was the community deciding to stop domestic violence and running drug and alcohol prevention programmes.”

There are many examples around the world where a social work approach is advancing rights and unlocking human potential. Results are greater still when a country’s ministry of social affairs embraces this approach to support community self-led development such as in Costa Rica and Rwanda. Here poverty rates have fallen and health, education, workplace participation and self-employment has risen.

The following day we visited Christ University Bangalore and by chance it was an open day for children from the slums and rural villages to visit the campus and meet the staff and students to learn about the different disciplines and options available to them. This is social work providing real prospects and futures: practice at its best.