Words of Wisdom: “African women can change Africa. They need to know the power in their numbers. They need to unite. They are the main victims of hunger, conflict, and child birth. There is so much at stake.” – Beti Olive Kamya

Beti Olive Kamya is the first woman to form a political party in Uganda – Uganda Federal Alliance. It was registered as a political party in July 2010. Beti left her MP position of Lubaga North Constituency to pursue her belief that the political system needed to change. Uganda Federal Alliance focused its campaign on the need to change the system of government from a unitary to a federal system.

Beti Olive Kamya left her business career to go into politics in 2001. From politics to forming  Uganda Federal Alliance to being the only female candidate in the 2011 presidential election.  One of two women to bide for this honour in Uganda’s history. Beti will invest the next five years in building structures of Uganda Federal Alliance in preparation for the 2016 elections.

Note: The key messages in the interview have been transcribed and slightly altered for legibility and succinctness. More information is provided in the audio and video version. We welcome comments on the Wisdom Exchange TV website.

DISCLAIMER: The views expressed in these interviews & blogs are the speakers’ & writers’ views and do not necessarily reflect the opinions of Ignite Excellence Inc., Wisdom Exchange TV, or advertisers.

[ Beti Olive Kamya ]: To create awareness that the challenge in Uganda is not the President, but the Presidency.

[ Suzanne ]: What provided the confidence to pursue the Presidential seat?

Biggest obstacle for women who want to enter Politics

Even the top women leaders internationally demonstrate that there is only so far for a woman in politics. In a seminar one of the resolutions was ‘we will “demand” President Museveni to appoint a woman as Vice President.’ I told them they don’t need to demand an appointment when you can elect a woman President. In my opinion, this group of internationally high profile women didn’t see Presidency as the option for a woman in Uganda.

I would have appreciated some acknowledgement from women, regardless of their political beliefs.

What needs to change for women to promote women?

Why do you think women in higher ranks didn’t support you?

You need to merit the status you are aspiring for – woman, man, Catholic or Protestant, European or African

What are some of the biggest perceptions you had to overcome in politics, or running for Presidency?

What opportunity and challenges do you think Women have if they were President on the International stage?

What does it take to be elected as Presidency in Uganda?

Having a military background is a big factor

For me military is not my aspiration

What characteristics do you think a women needs to be successful in politics?

What characteristics does a good leader have?

What are some key steps a woman needs to do to be taken seriously in politics?

Your most significant impact on the Political landscape in Uganda

I was bold, few would have stood-up to say the things I have said. I thing the biggest contribution I have made is to change the debate, from the personality of the President to the character of the Presidency. Even those who don’t agree with me, at least they are debating it. The President is transient, but the template seems to be the problem. I am glad the debate is gaining momentum.

Most rewarding aspect of my career

What is the biggest challenge in your career?

Describe an initiative that did not work?

Edgeness Insight (An enhanced version of you when you push the edge of your comfort zone).

What would you like to do that you haven’t done yet?

Q. What advice would you give to your 10 yr. old Daughter?

Each of my four children, I give them different words of wisdom. I tell them there is no rush, take your time. There will be a time to get into things. Choose what you enjoy. You need to find something you enjoy doing so you can become famous, make a lot of money, and have fun. Don’t do something you don’t enjoy or you will be only mediocre.

Q What do you wish you were told at 10yrs?

I wish we had career guidance at the time. I really don’t know what I wish I heard. We were raised self-confident and independent. My father would ask us to do things that children would not usually be asked at my age.

Watch or listen to the interview to gain more insight into Beti Olive Kamya leadership lessons and strategic insights. Please comment on the site, we want to hear your wisdom. Share Wisdom Exchange TV with other future leader, they will appreciate it!

Subscribe FREE to  so you do not miss an episode of  African leading ladies sharing their wisdom and inspiration. https://wisdomexchangetv.com/subscribe-to-wisdom-exchange-tv/#

Watch or listen to the interview to gain more insight into Beti Olive Kamya leadership lessons and strategic insights. Please comment on the site; we want to hear your wisdom. Share Wisdom Exchange TV with other future leaders, they will appreciate it! 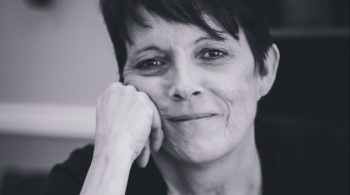 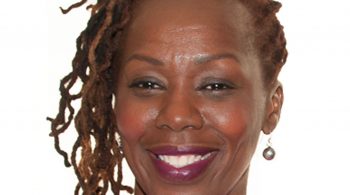 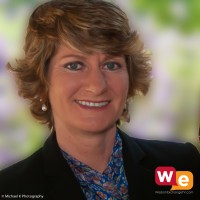