Words of Wisdom: “The acceptance of the unfairness is the challenge for African women. We need to ask: ‘Why does this rule exist?” – Bience Gawanas

Commissioner Bience Gawanas (Born in Namibia) is Commissioner of Social Affairs on the African Commission. Commissioner Gawanas was elected to two four-year terms as the Commissioner for Social Affairs at the African Union Assembly of Heads of State and Government in 2003 and 2008. In this role, she oversees advocacy as well as the harmonization and coordination of regional and continental policies and programmes relating to social development.  The portfolio of issues included Health (HIV/AIDS, Malaria, TB and other related infectious diseases); Migration; Population; Culture and Sport; Drug Control; Social Welfare of Vulnerable Groups; Labour; and Employment.

As the Commissioner of Social Affairs, Commissioner Gawanas developed policy instruments, projects and programmes on social development, including the Social Policy Framework, the Maputo Plan of Action on Sexual and Reproductive Health and Rights, and the Declaration on Universal Access and an African Common Position presented at the UN High Level Meeting on Universal Access.

Commissioner Gawanas initiated pioneering activities such as the renewed Campaign on Malaria Eradication, the AU Campaign Initiatives on Human Trafficking (AU.Commit) and the Campaign on the African Cultural Renaissance.

Additionally, she launched the AU’s Campaign on Accelerated Reduction of Maternal Mortality in Africa (CARMMA) continentally and in 25 AU member States in collaboration with governments and partners, which has refocused attention on women and their health.

She was a Commissioner on the Public Service Commission in Namibia from 1991 to 1996, and an Ombudswoman in the Namibian Government from 1996 to 2003.

Commissioner Gawanas has a reputation as a champion of women’s rights in Namibia and Africa. She is Considered one of 100 influential individuals in the world for women and children.

Suzanne F Stevens perspective: Why? A Question for all of Society

[ Suzanne F Stevens ]: You have been described as a women’s activist and a human activist, how would you describe yourself?

[ Suzanne F Stevens ]: What ‘rule of the game’ do you feel you have contributed the most to changing?

[ Suzanne F Stevens ]: What was the catalyst for standing up for women’s rights?

[ Suzanne ]: What have you observed that is special about African women?

What advice can you give to women to pursue their potential in the parameters where they are not treated as equal to their siblings?

When you look at Africa, what do you see as the biggest injustice to women today?

Where can Africa strike the balance between tradition and progression?

Don’t be afraid to question…

Do you think there are consequences to questioning, particularly as a woman?

Do you have advice for women who want to get involved into politics?

Why did you become a lawyer?

What is the most challenging aspect of your career?

I work in an organization that has existed since 1963. It has changed. But it is an organization that is still very male dominated. When us women came here, after women activist campaign to ensure the gender balance was acknowledged in the AU, there was hardly any women staff. That is how we got five women and five men Commissioners.

Have you ever conducted an initiative that didn’t work & what did you learn from that experience?

Edgeness Insight (An enhanced version of you when you push the edge of your comfort zone). What is something that you are uncomfortable doing, but you need to continue to do, in order to make you as successful as you are?

Sometimes it is just not worth it to rock the boat. You accept being treated differently. You don’t like to be there, but it is easier to be there. So you accept sometimes humiliation. I will let it pass this time. Sometimes I don’t make a fuse. I am referring to sometimes being put down by men. Most of them know that I don’t shut up, but when I don’t, it brings a little discomfort to the situation. So I ask myself, is this a life and death issue? I pick my fights.

How do you define leadership?

If you occupy your position and you think you are bigger then the position, then you don’t need to fill the space. For me it is how humble are you to be able to impart knowledge to others? Only humble people do that, not people with big egos.

Advice from a taxi driver

“If you are constantly looking up than you want always more; when you look down, you thank God for where I am.”

One thing you would do differently in pursuit of your success?

I would continue staying as Ombudswoman of Namibia. I could see everyday that I made a difference in the life of a pensioner, or in the life of someone who is being discriminated against.

What is next for you?

I want to go back Namibia. My biggest mission is what happens in Addis (AU) needs to be translated into action. I want to bridge that gap.

I may want to go back to governance and human rights issues.

Q. What advice would you give to your 10 yr. old Daughter?

Here I am. Do what I have done. Please wake up and go to school. I know that difference that that every morning walk to school will make in your life.  I will let her play.

Q What do you wish you were told at 10yrs?

Watch or listen to the interview to gain more insight into Bience Gawanas leadership lessons and strategic insights. Please comment on the site; we want to hear your wisdom. Share Wisdom Exchange TV with other future leaders, they will appreciate it! 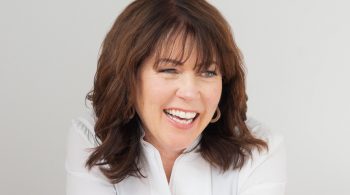 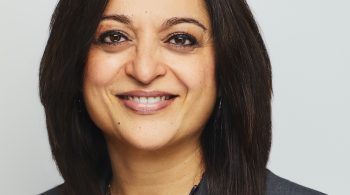 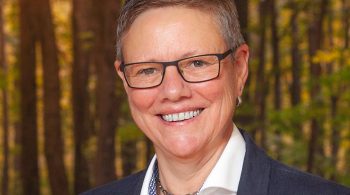 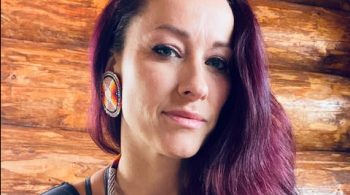