A last-ditch bid to prevent one of Britain’s biggest community hubs from being turned into apartments has been launched amid fears about the threat gentrification poses to the “different and edgy” culture of Bristol.

The council agreed on Tuesday to investigate whether it can afford to step in to buy Hamilton House, a community and arts centre whose owners have already evicted hundreds of tenants and community users to convert it to housing.

With 500 artists, social enterprises and businesses affected by the conversion plans, it is one of the biggest examples of a threat that is faced nationwide by community assets as property prices rise in many towns and cities.

The complex is in a former bank office decorated on one side with a mural by the Bristol artist Banksy, and its use as a community arts centre has won the backing of one of the founder members of Massive Attack, Grant Marshall, who has described the housing plans as “absolutely disgraceful”.

The case reached Bristol city council on Tuesday after a petition calling for a council buyout was signed by almost 6,000 people. 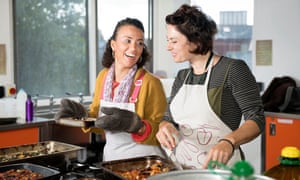 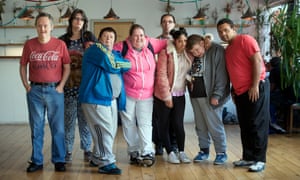 The building is used by a range of groups, such as the Misfits Theatre Company. Photograph: Adrian Sherratt for the Guardian

Gem Burgoyne, a former tenant at the Hamilton House, urged the mayor, Marvin Rees, to “challenge the paradigm of corporate gentrification” and support the artists and enterprises that have been based at the centre.

“The people of Bristol demonstrate that they want to be active participants within their community,” she said. “A big part of Bristol’s attraction is the independent grassroots culture and creative drive.”

Bristol’s deputy mayor, Craig Cheney, said the administration would investigate if the council could afford to cover the borrowing required to buy the facility. If that was proved, Cheney said, he would be “up for it”.

The apartment plan for Hamilton House by the property owners, Connolly & Callaghan, could deliver large profits. The building is close to the centre of Bristol, which has seen the fastest growth in house prices of any major UK city in the last five years, although the market is now slowing. 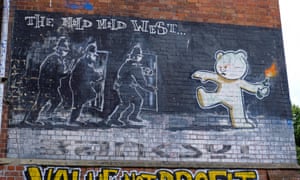 Banksy mural on the side of the building. Photograph: Alamy 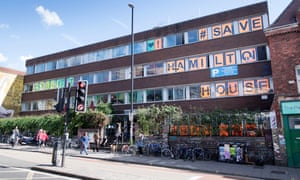 The community centre is in a former bank office. Photograph: Adrian Sherratt for the Guardian

C&C argued the hub was not financially sustainable and could no longer effectively subsidise rents. More than 200 tenants were cleared out in March, and the bulk of the remainder were evicted last month, resulting in the shutdown of a community kitchen, a non-profit cookery school working with groups such as Bristol Drugs Project, a wellbeing centre offering free treatments to full-time carers, an event space, a theatre and meeting rooms offered free to refugee groups.

C&C argued that Coexist, the organisation that had operated Hamilton House, did not have a convincing business plan and failed to reflect the full social and ethnic diversity of the area.

This week the property owners denied reports that with the building largely empty, it was up for sale. A spokesman said the company was “letting the dust settle” and that it was reviewing its options.

“We understand that the democratic process means that the city council is obliged to discuss the matter,” they said. “We remain committed to ensuring that Hamilton House continues to offer facilities for the community in the future.”