Germany-based Discovering Hands taps into the superior skill of blind women to detect early-stage breast cancer (training tools are pictured above). A new study by McKinsey and Ashoka argues that such social entrepreneur-led solutions are all around us and societies would do well to adopt them as the new norm.

Societies worldwide are facing changes on a monumental scale. We are already experiencing the consequences of aging populations, digitization and climate change. The emergence of artificial intelligence and advanced automation technologies, as well as the ability to manipulate the human genome will have a comparable impact. Will we be able to rise to the challenges these changes pose and convert them into opportunities for the benefit of humanity? The answer to this question depends largely on how adaptable our societal systems are.

Social entrepreneurs can and do contribute to this transformation in important ways. Take breast cancer – a disease that kills more than 40,000 women each year in the United States alone – as an example: Discovering Hands, a social enterprise in Germany, has found that specially trained, blind women are able to discover tiny tumors in breast tissue using only the touch of their hands. This allows for earlier detection of breast cancer, thereby increasing the chances of survival for patients and reducing the cost of treatment. More than 20 health insurance companies in Germany already cover this screening service. Thus, the social enterprise does not only add value through a new health service but has also created a new, meaningful occupation for blind women.

Social ventures like Discovering Hands focus on increasing life expectancy and creating jobs for blind women, but these innovations also make sense economically. In a recently published joint study, the social entrepreneurship network Ashoka and management consulting firm McKinsey find that if early breast cancer detection in the style of Discovering Hands was the norm, it would save society between EUR 80 and EUR 160 million per year in Germany alone. Similar examples can be found in the education system: the social venture Apeiros helps schools reduce absenteeism by looking at early warning signs and coordinating better with other administrative bodies. If these processes were institutionalized, the costs for dealing with extreme truants would be reduced by EUR 900 million per year. In the US, this number would be closer to $4 billion.

If even small changes to a system can have such a large impact, then why are they so hard to implement? Some critical self-reflection is in order: many social entrepreneurs lack the right strategy to collaborate successfully with health insurance companies or government agencies. Their self-perception as heroic saviors can also be a problem: those who believe they can change a social system on their own will have a hard time finding supporters and building alliances.

That said, there are also structures and decision makers in government, foundations and other public or private institutions that can make change unnecessarily difficult. A somewhat unexpected culprit is the current donor culture. Funding from foundations and public sources tends to go to direct relief projects, that is to those working directly with people affected by a specific problem. Those who want to achieve systemic change, however, will need resources to build networks, share knowledge and shape political decisions.

Besides funding, a willingness to experiment is another scarce resource. Most public agencies require long and complex approval processes before social innovations can even be tested on an institutional level. In some cases, a collaboration is not possible at all unless the social venture is recognized as charitable. To solve this challenge, “sand boxes” and budgets earmarked for experimentation would be helpful.

There is hope though: some countries have taken tangible steps to reduce the barriers for scaling social innovation. Regarding legislative changes, we should look to Finland, where a constitutional amendment enables the testing and step-by-step implementation of new legislative ideas. Approaches like these prevent social innovations from stalling in niche areas.

To harness the full potential of social innovation, societies need to absorb it into their institutions – from legal frameworks to health services to the training curricula for teachers. More flexible funding and support for social entrepreneurs and a greater openness to experimentation can serve as catalysts for this process.

The investment is well worth it: in collaboration with policy makers, administration and foundations, social entrepreneurs could generate billions of added value per year – and help prepare our societal systems for the challenges of the 21st century.

Ashoka, Contributor
« Previous Post Gauge These 4 Key Traits to Find Employees Who Engage and Inspire Next Post » Business Can Lead on Addressing the Climate Crisis 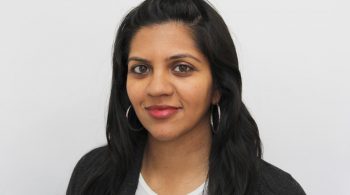 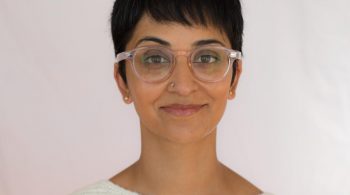